Have you ever wondered how certain Hollywood celebrities look even better today than they did a decade ago? Sure, some spend thousands of dollars on plastic surgery while others have themselves injected with facial fillers on a regular basis…

But some have discovered a skincare secret that actually helps them age in reverse… an all-natural miracle molecule that I call the mother of all antioxidants – glutathione. 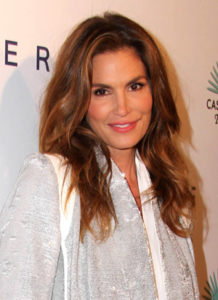 Glutathione is one of Cindy Crawford’s anti-aging secrets.

If you’re a regular reader, you’ve heard me talk about this master antioxidant before. I use it every day at the Sears Institute for Anti-Aging to increase a patient’s immune system and help prevent the most common chronic diseases we face today – like arthritis, Alzheimer’s, high blood pressure, heart and lung disease, cancer and diabetes.

In fact, glutathione is so powerful, it has been proven in animal studies to increase lifespan by up to 30%.[1] Another study found that those with the highest levels commonly live well past the age of 100.[2]

Today we know glutathione is the antiaging secret of celebrities like Cindy Crawford, Kim Kardashian, Jane Fonda and Brad Pitt.

And the research backs up what they claim. Peer-reviewed studies have found that glutathione can:

But perhaps the biggest skin care benefit is that this super-antioxidant boosts collagen production and increases skin elasticity.[7],[8]

Collagen is the most abundant form of protein in your body. When you’re young, your body makes a lot of it. But as you age, you produce less and less. And this lack of collagen results in the visible signs of aging – including sagging skin that’s lost elasticity, shows wrinkles, and has a rough, dull appearance.

In one study, women who naturally increased their levels of collagen had improved skin elasticity after only eight weeks. They also had better skin moisture and less roughness. And they had fewer signs of accelerated aging.[9]

A second study published in the journal Clinical, Cosmetic and Investigational Dermatology found that volunteers who supplemented with glutathione increased skin elasticity and significantly reduced wrinkles in only 12 weeks compared to the control group.[10]

Glutathione levels decrease naturally as you age – at the rate of about 1% a year. By the age of 60, you only have about half of what you should. Today’s toxic environment and our exposure to chemicals, pollution, alcohol and even Big Pharma medications depletes levels even further. [11]

Most effective way to increase glutathione and reverse aging

But the best way to increase glutathione is through IV therapy.

It’s the fastest and easiest way to raise levels fast. Getting glutathione through an intravenous drip allows the antioxidant to bypass the digestive process and go directly into your cells. That means the bioavailability from IV is 100%.

If you are interested in the age-reversing effects of glutathione through IV therapy, please call my staff at 561-784-7852.

Experience the new and improved formula of the Amazonian beauty secret that makes Caracol Bella the most popular beauty treatment at my office. The women here love it so much, they like to call it their “Genie in a Bottle!”