Stem cell therapy is offering new hope to stroke victims. And the results are exciting.

A devastating stroke left her unable to move her arm and leg. It also impacted her speech. Soon, even the smallest tasks, like calling her family, felt impossible.

She was confined to a wheelchair, barely able to walk. Not wanting to draw attention to herself, she decided to call off her wedding. 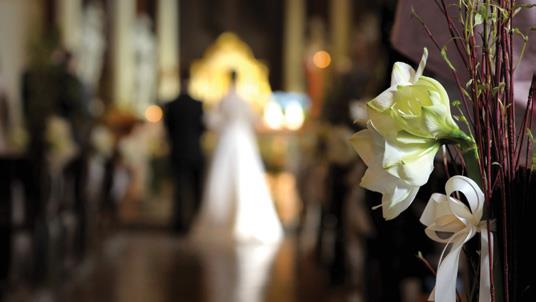 Boosting stem cells with a miracle vitamin allowed Sonia to walk down the aisle to her groom.

Then Sonia was invited to participate in a cutting-edge clinical trial that held out the promise of a miracle cure. Without hesitation, Sonia agreed to undergo the procedure.

A few hours after the therapy, Sonia was asked to flex her arm. She was hoping to move it an inch or two.

Instead, she was able to raise it all the way over her head. And within just months of her miracle breakthrough therapy, Sonia walked down the aisle to marry her fiancé.

She never needed her wheelchair again.

Sonia ended up being one of the lucky stroke survivors. Many victims are left with severe and even catastrophic effects. You could be left partially blind or paralyzed.

And Big Pharma has no long-term cure. The only drug for stroke victims is a clot-busting drug or thrombolytic. But it must be given within three hours of the first stroke symptom. If you miss that three-hour window you are out of luck as far as most doctors are concerned.

So it’s no wonder stem cell therapy is providing new hope. Along with 17 other stroke survivors, Sonia was part of a study at Stanford University. Researchers injected the patients with harvested stem cells and sent them home.

Within 24 hours, most started to show improvement. Researchers were stunned. In total, 18 stroke survivors who thought they’d be paralyzed for the rest of their lives had remarkable recoveries. Four were able to get out of their wheelchairs and start walking.

Most have regained almost FULL mobility.1 These results fly in the face of what mainstream medicine will tell you about stroke recovery. Most doctors believe it’s pointless to continue therapy if a patient hasn’t improved by six months after their stroke.

But in this study, all of the patients had passed the critical six-month mark. Some had a stroke as many as three years before.

I consider stem cell therapy to be the future of regenerative and anti-aging medicine. You know by now these immortal cells are your body’s secret weapons to slow down — and even reverse — aging.

Stem cells are your reserve of “replacement cells.” Your body uses them to replace any kind of cell that is old or dying. They allow your body to regenerate damaged tissue in any organ — especially your brain.

But as you age your stem cells slow down. Fatigue sets in. It’s like your stem cells are running on low batteries. You see, just like every other cell in your body, your stem cells contain tiny organelles called mitochondria. These are the batteries that provide the energy your cells need to function.

And when the mitochondria in your stem cells get tired and sluggish, your body can’t regenerate quickly enough. The disease process starts to take over. You start to look, feel and act older.

But a simple vitamin is key to restoring your stem cells and mitochondria to a biologically younger state.

In a study published in the journal Science, researchers revitalized stem cells in elderly mice by targeting a special molecule that helps mitochondria function properly.

They gave old mice a form of vitamin B3 known as niacinamide. And the mice taking the vitamin had dramatic results. Their muscles significantly regenerated through stem cell activity. The same thing happened with their brain and skin stem cells. And they also lived longer than mice that did not get the vitamin.2

In another study, mice given niacinamide for three months had more energy, less weight gain and improved insulin sensitivity. On a treadmill test, they could run 33% further than the control mice.3

In your body, niacinamide breaks down into a molecule called NAD+. Found in every cell in the body, it helps transfer the energy from food into the mitochondria where it gets converted to cellular energy.

As NAD+ levels decline, mitochondrial function is impaired. And you start to see many of the physical signs of aging. But when you increase niacinamide levels, you increase NAD+ by up to 60%.

Your body produces NAD+ from vitamin B3. Here’s how you can increase your NAD+ levels:

Don’t Let Modern World Rob You of Your Beauty

This exotic formula combines the most powerful beauty secrets from around the world for the ultimate in beauty vitamins.